If you are used to solve merge conflicts in the good old way with .rej files, there's no configuration flag whatsoever in git to allow you doing that. However you could install your own merge driver to act the way you want. 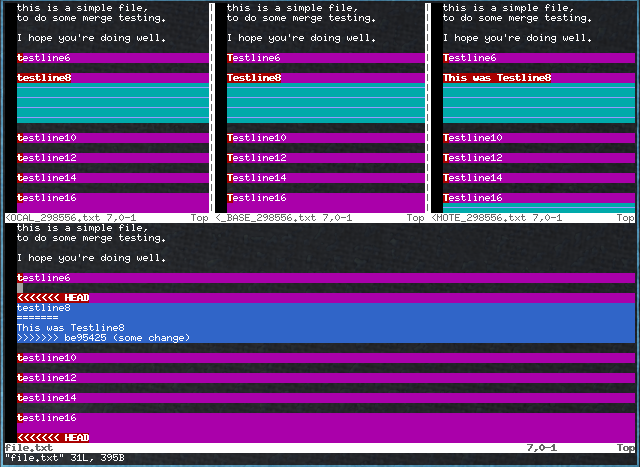 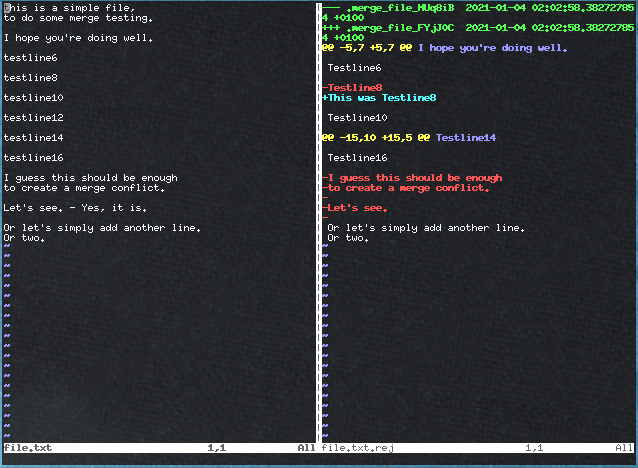 Add those things to your ~/.gitconfig:

This into your ~/.gitattributes (including the star):

Put this script into a directory which is listed inside your $PATH, name it piie_merge and make it executeable:

Now you can do your usual git mergetool to resolve the conflicts using .rej files.